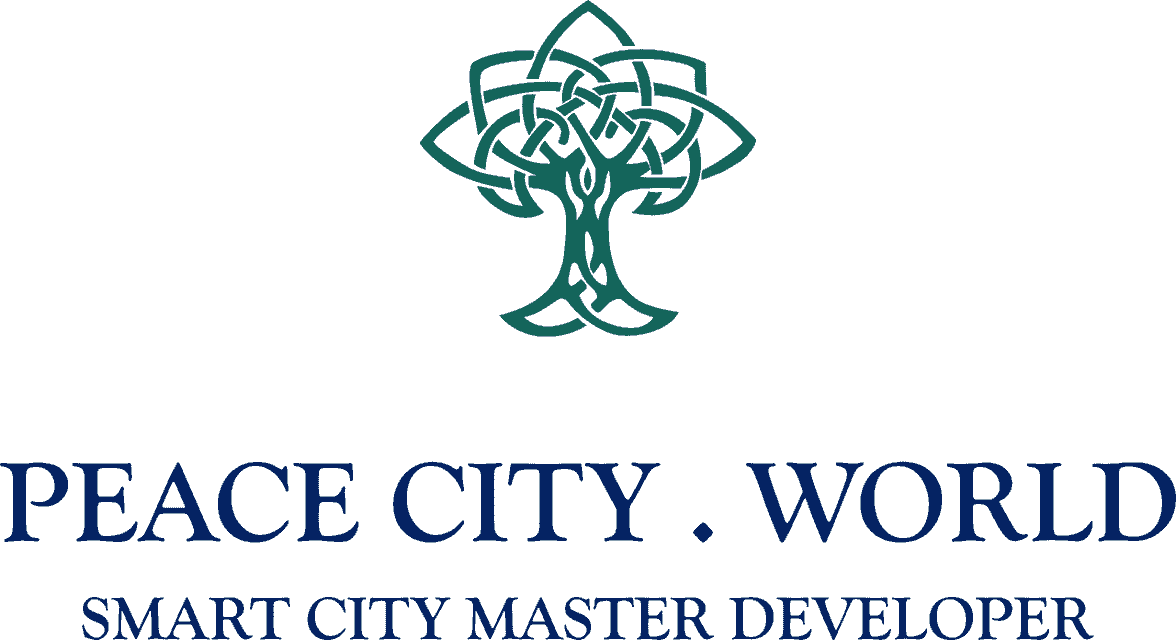 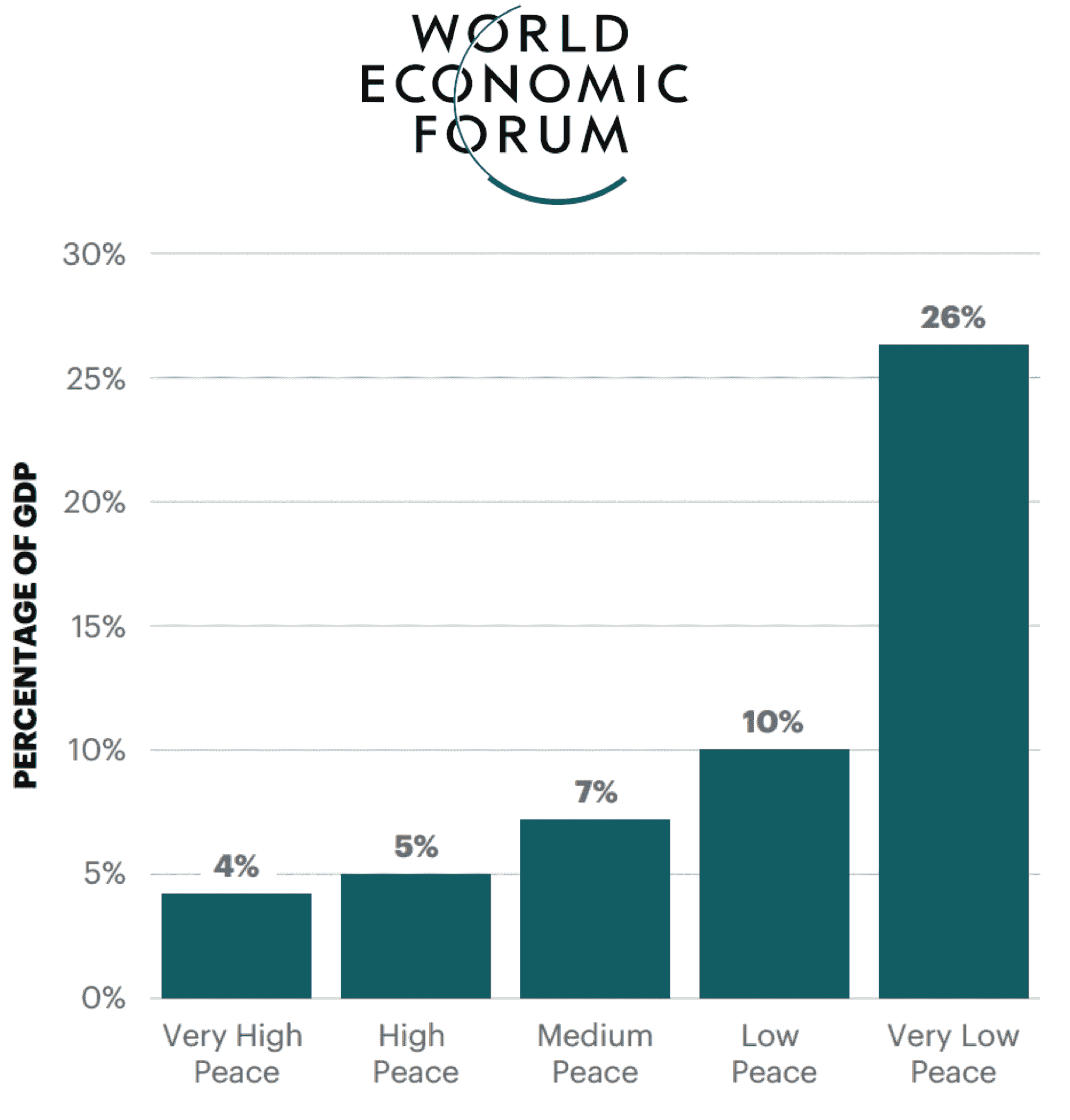 Putting a price tag on peace and violence helps us see the disproportionately high amounts spent on creating and containing violent acts compared to what is spent on building resilient, productive, and peaceful societies. —Steve Killelea, founder and executive chairman, Institute for Economics & Peace (IEP)

WHAT'S THE PRICE FOR PEACE?

Or put another way, how much better off would we all be in a world where armed conflict was avoided?  Around $14.4 trillion in 2019, according to the Institute for Economics and Peace (IEP) which crunched the numbers. That’s about $5 a day for every person on the planet.

To give some context, 689 million people - more than 9% of the world’s population - live on less than $1.90 a day, according to World Bank figures, underscoring the potential impact peace-building activities could have.

Just over 10% of global GDP is being spent on containing, preventing and dealing with the consequences of violence. As well as the 1.4 million violent deaths each year, conflict holds back economic development, causes instability, widens inequality and erodes human capital.

In a report titled “The Economic Value of Peace 2021”, the IEP says that for every death from violent conflict, 40 times as many people are injured. The world’s 10 most affected countries are spending up to 59% of their GDP on the effects of violence.

But the picture is not all bleak. The economic impact of violence fell for the second year in a row in 2019, as parts of the world became more peaceful.

In five regions of the world the costs increased in 2019. The biggest jump was in Central America and the Caribbean, where a rising homicide rate pushed the cost up 8.3%. Syria, with its ongoing civil war, suffered the greatest economic impact with almost 60% of its GDP lost to conflict in 2019. That was followed by Afghanistan (50%) and South Sudan (46%).

The report makes a direct link between peace and prosperity. It says that, since 2000, countries that have become more peaceful have averaged higher GDP growth than those which have become more violent.

“This differential is significant and represents a GDP per capita that is 30% larger when compounded over a 20-year period,” the report says adding that peaceful countries also have substantially lower inflation and unemployment.

“Small improvements in peace can have substantial economic benefits,” it adds. “For example, a 2% reduction in the global impact of violence is roughly equivalent to all overseas development aid in 2019.”  Equally, the total value of foreign direct investment globally only offsets 10% of the economic impact of violence.

Authoritarian regimes lost on average 11% of GDP to the costs of violence while in democracies the cost was just 4% of GDP.And the gap has widened over time, with democracies reducing the cost of violence by almost 16% since 2007 while in authoritarian countries it has risen by 27% over the same period.

The report uses 18 economic indicators to evaluate the cost of violence. The top three are military spending (which was $5.9 trillion globally in 2019), the cost of internal security which makes up over a third of the total at $4.9 trillion and homicide.

The formula also contains a multiplier effect because as peace increases, money spent containing violence can instead be used on more productive activities which drive growth and generate higher monetary and social returns. “Substantial economic improvements are linked to improvements in peace,” says the report. “Therefore, government policies should be directed to improving peacefulness, especially in a COVID-19 environment where economic activity has been subdued.”

The IEP says what it terms “positive peace” is even more beneficial than “negative peace” which is simply the absence of violence or the fear of violence. Positive peace involves fostering the attitudes, institutions & structures that create and sustain peaceful societies.

The foundations of a positively peaceful society, it says, are: a well functioning government, sound business environment, acceptance of the rights of others, good relations with neighbours, free flow of information, high levels of human capital, low levels of corruption and equitable distribution of resources.

The World Economic Forum’s report Mobilizing the Private Sector in Peace and Reconciliation urged companies large and small to recognize their potential to work for peace quoting the former Goldman Sachs chair, the late Peter Sutherland, who said: “Business thrives where society thrives.”

The views expressed in this article are those of the author alone and not the World Economic Forum, or Peace City. World